Project Lightning is one of a number of new initiatives announced by Twitter since the news of Dick Costolo’s departure became public.

The service will provide curated content which ties in with high-profile events and which has been sourced from Twitter, Vine and Periscope. Significantly, though, Lightning will be available for both logged-in active users as well as logged-out visitors, with the latter being an increasingly key audience for Twitter as it seeks ways to boost its audience numbers.

Thursday’s chart illustrates why the new service is bound to deliver a lift for the micro-blog. If we take those who say they’ve visited Twitter within the last month without actively using it, their top 10 motivations for using networks are pretty revealing: although staying-in-touch with friends is in first place, keeping up-to-date with news and current events is a very strong second. What’s more, the search for fun/entertaining content follows closely behind.

Clearly, then, Twitter’s logged-out visitors are a prime target for the type of event-based content that Lightning will be delivering. 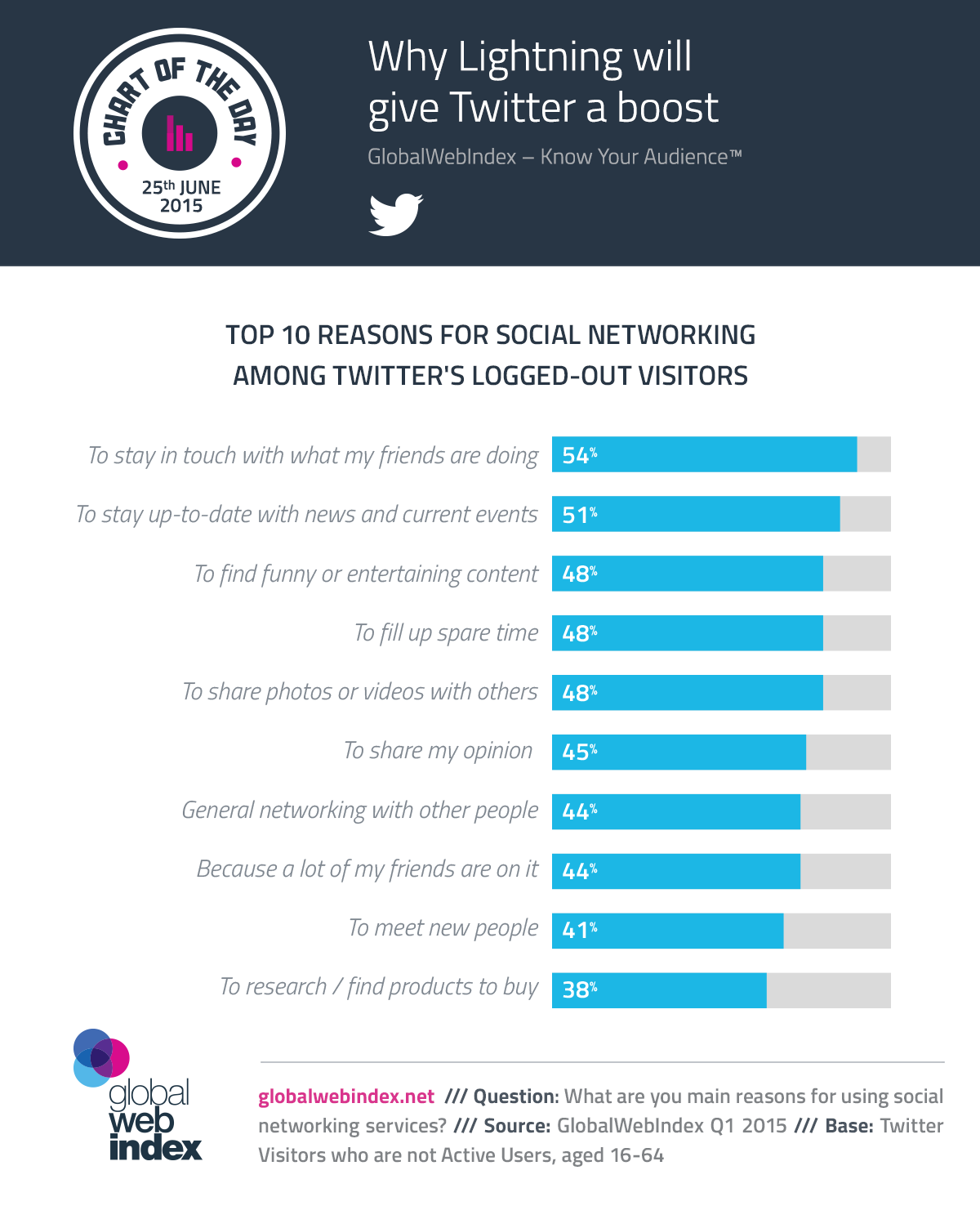