In a clear move to boost users numbers further – and hence, to maximize the new revenue streams it has been exploring on Messenger – Facebook will be hoping to attract those who have still not signed up to the service as well as those individuals who have left the social network in recent years.

In a market like the US, it’s relatively hard to find people who fall into either of these groups; 8 in 10 Americans have an account and, of those that don’t, the majority are over 45. What’s more, only 3% of this group say they use chat apps.

So, this is a decision which is likely to have more of an impact elsewhere, especially in places like Russia and Japan where Facebook is yet to establish the type of dominance it has in other markets. Thanks to the success of VK, for example, a third of Russian online adults are going without a Facebook account. In countries like this, where social networking needs are being met by competitors, Messenger could be the way to bring new users into the Facebook universe. 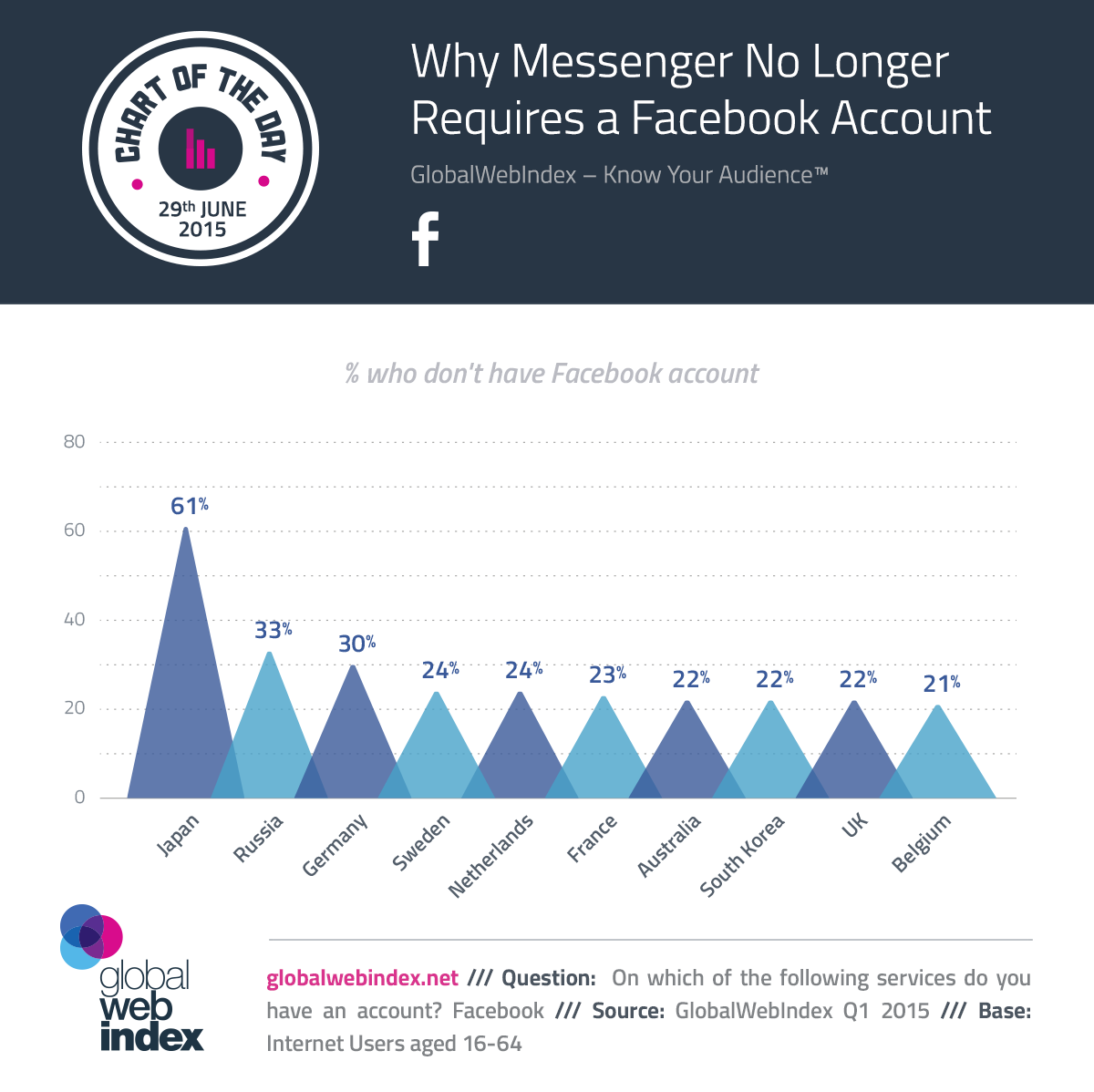