Following Tumblr’s introduction of a new search engine for GIFs earlier this month, the latest feature to be rolled out on the blogging platform is “Tumblr TV” – a combined search and viewing tool for GIFs which helps people to find and then watch animations.

As our midweek chart shows, it’s a move which is likely to resonate strongly with the Tumblr audience; just look at the top motivations that Tumblr users have when it comes to social networking and “finding funny or entertaining content” is a strong second.

Significantly, though, Tumblr TV will also be available to non-members – showing that, just as “logged-out visitors” are increasingly key to Twitter’s future growth, so Tumblr is targeting the same type of audience. Indeed, while the search for content is slightly less important among the general online population, it’s still over a third who cite this as a major reason for using networks.

With Tumblr having been one of the fastest growing social platforms over the last year, this is a move which could well help it to retain that title. 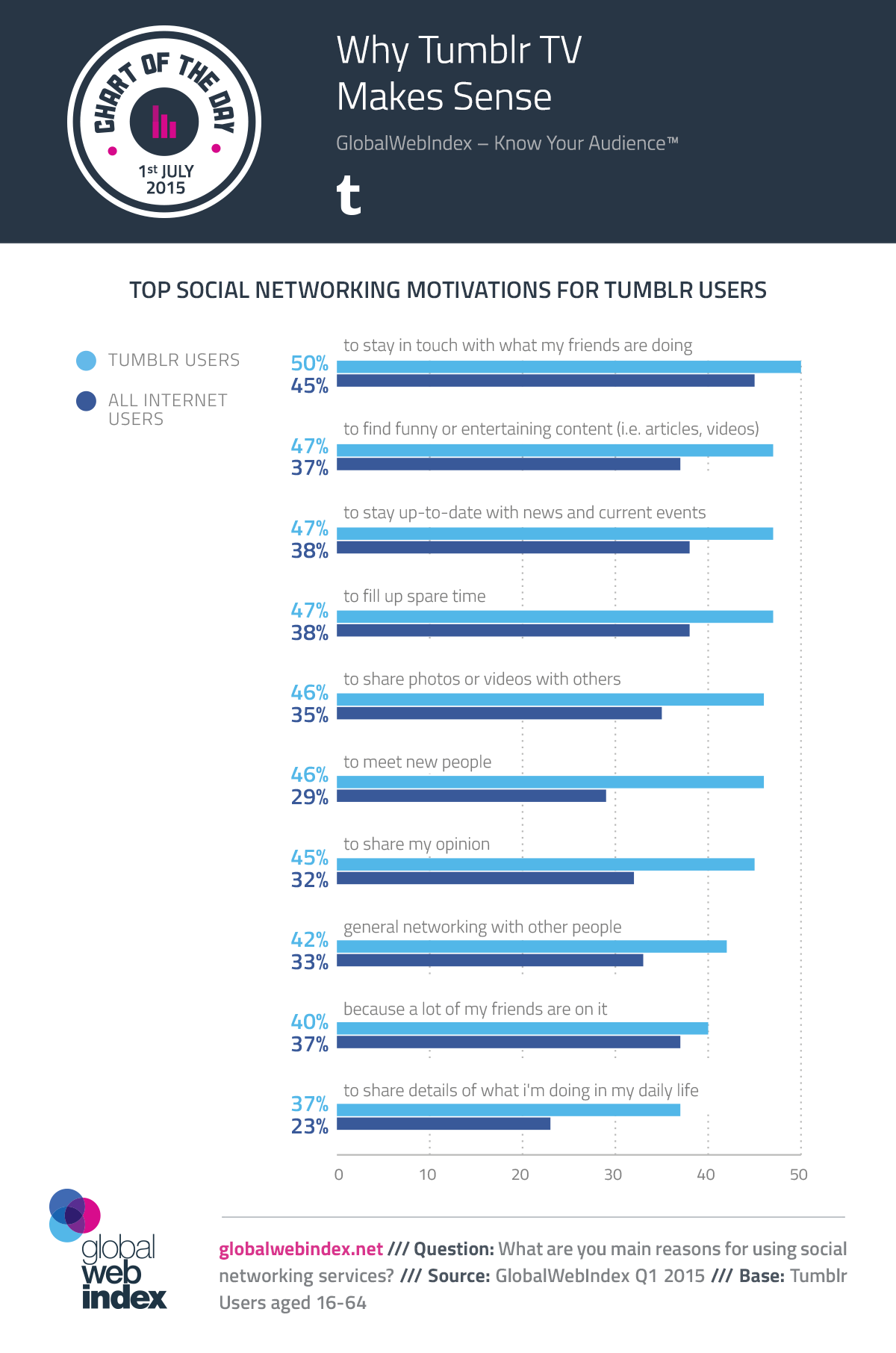