Why Airbnb is Expanding its Business Travel Program

Airbnb is getting serious about going after corporate customers. Following a year-long trial in the US, it recently announced a worldwide expansion for its Business Travel Program.

However, given Airbnb’s rather non-traditional reputation, will its new venture hold global appeal? New data from GWI’s Q2 2015 research suggests it could.

Leisure travel is still key to Airbnb; three quarters of its users are vacationing abroad at least once a year, while over a quarter are taking leisure breaks at least once every three months.

Significantly, though, some 58% of Airbnb users are taking business trips at least annually, with over 1 in 4 doing this at least once a quarter. That’s a pretty substantial potential user base for its Business Travel program, then. 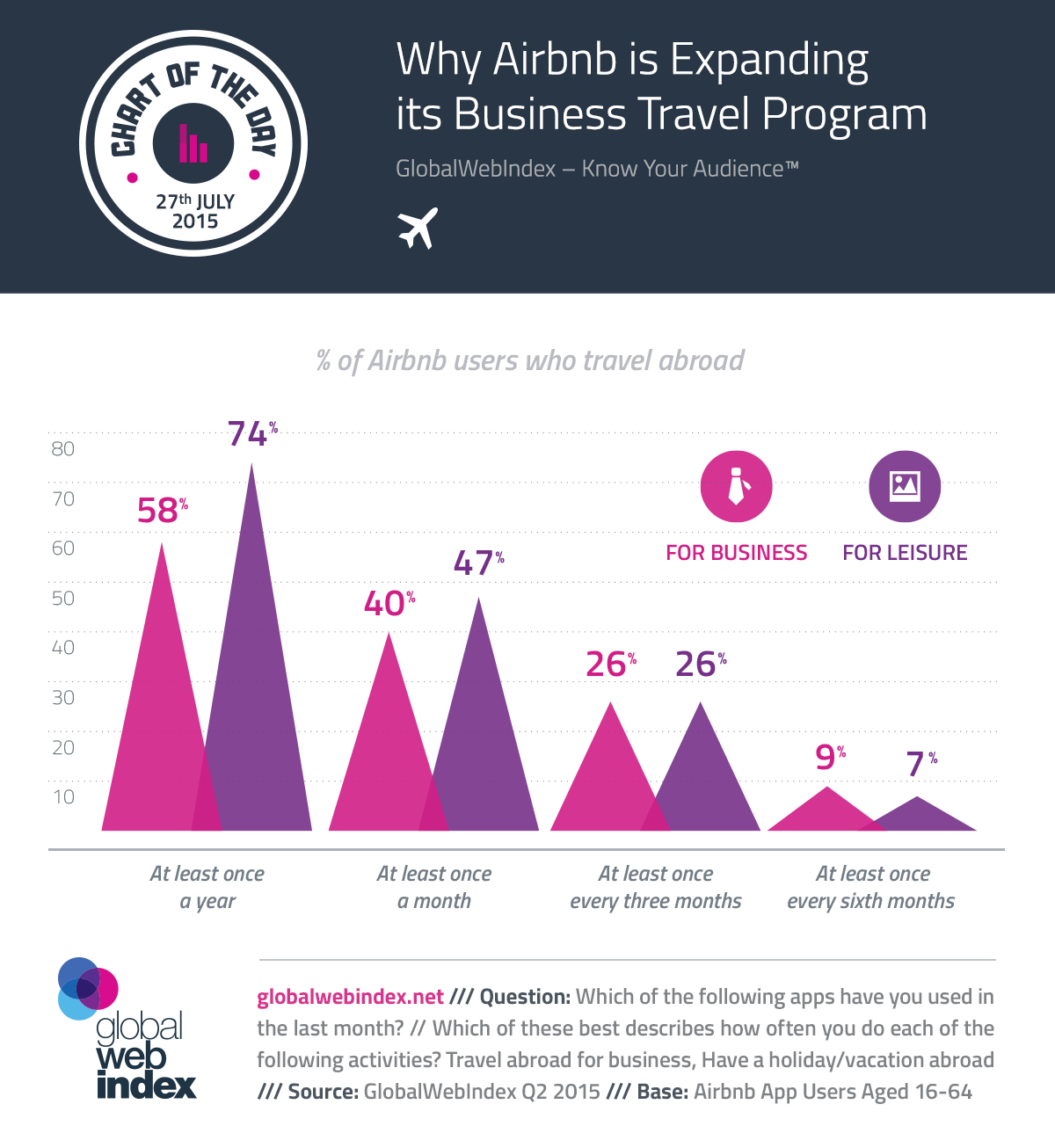