Over a year ago, GWI showed that internet users had a healthy interest in Facebook Workplace. And with today seeing the official launch of the service, our chart explores the demographics of its most likely users – those who fall into the “Work Networkers” audience from our new social media segmentation.

Of course, LinkedIn’s solid foundations in the work-related networking space present a formidable challenge for Facebook Workplace. Outside of China, over a third of all internet users visit LinkedIn each month, and this rises dramatically among Work Networkers to more than 6 in 10. LinkedIn has also seen impressive year-on-year growth since 2012.

Even so, Facebook does have reach on its side. Over 8 in 10 outside of China visit Facebook each month, meaning that many of those it hopes might use the new service will already be familiar with the site’s user interface and functionality.

In today’s multi-networking world, however, it’s unlikely that most users will choose one or the other. That’s especially true given that the prime demographics for work-related networking – 25-44s and men – are also among the most prolific multi-networkers. So, Facebook Workplace is most likely to become another service that people use, rather than a replacement for an existing one. 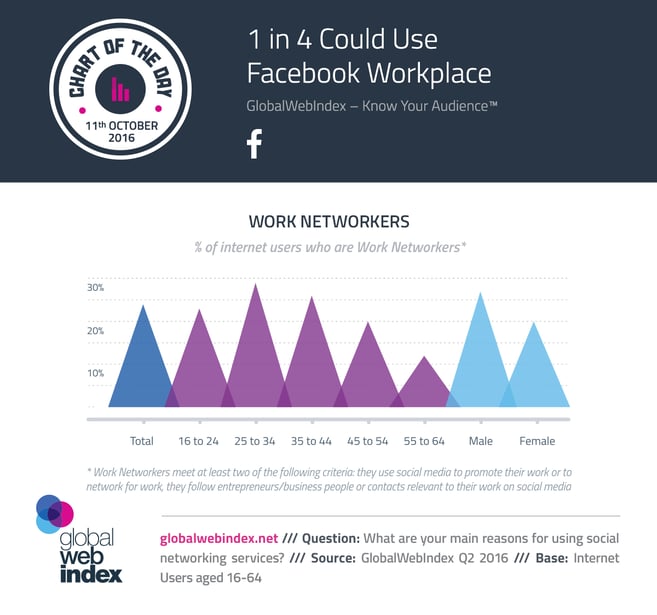