Can the iPad Pro Revive the iPad Brand?

The iPad Pro has been a long time coming, with many having expected its release last year. But now that it has been officially announced, what are the prospects for this new iPad?

Currently, over a third of internet users are getting online using a tablet but the boom days for these devices are a thing of the past – with the rate of growth having slowed over the last few quarters as many online consumers discover the limits of tablet functionality.

As today’s Chart of the Day shows, iPad usage is still rising – but only slowly and certainly not at the rates that Apple would want. What’s more, among 16-24s – who have often been priced out of the market and have instead turned to mobiles – tablet adoption has been lagging noticeably behind.

Inevitably, the iPad Pro will bring a boost here. But with its large screen being aimed squarely at professionals, we have a sign that Apple is now focusing on its core audience rather than trying to win significant numbers of new users. 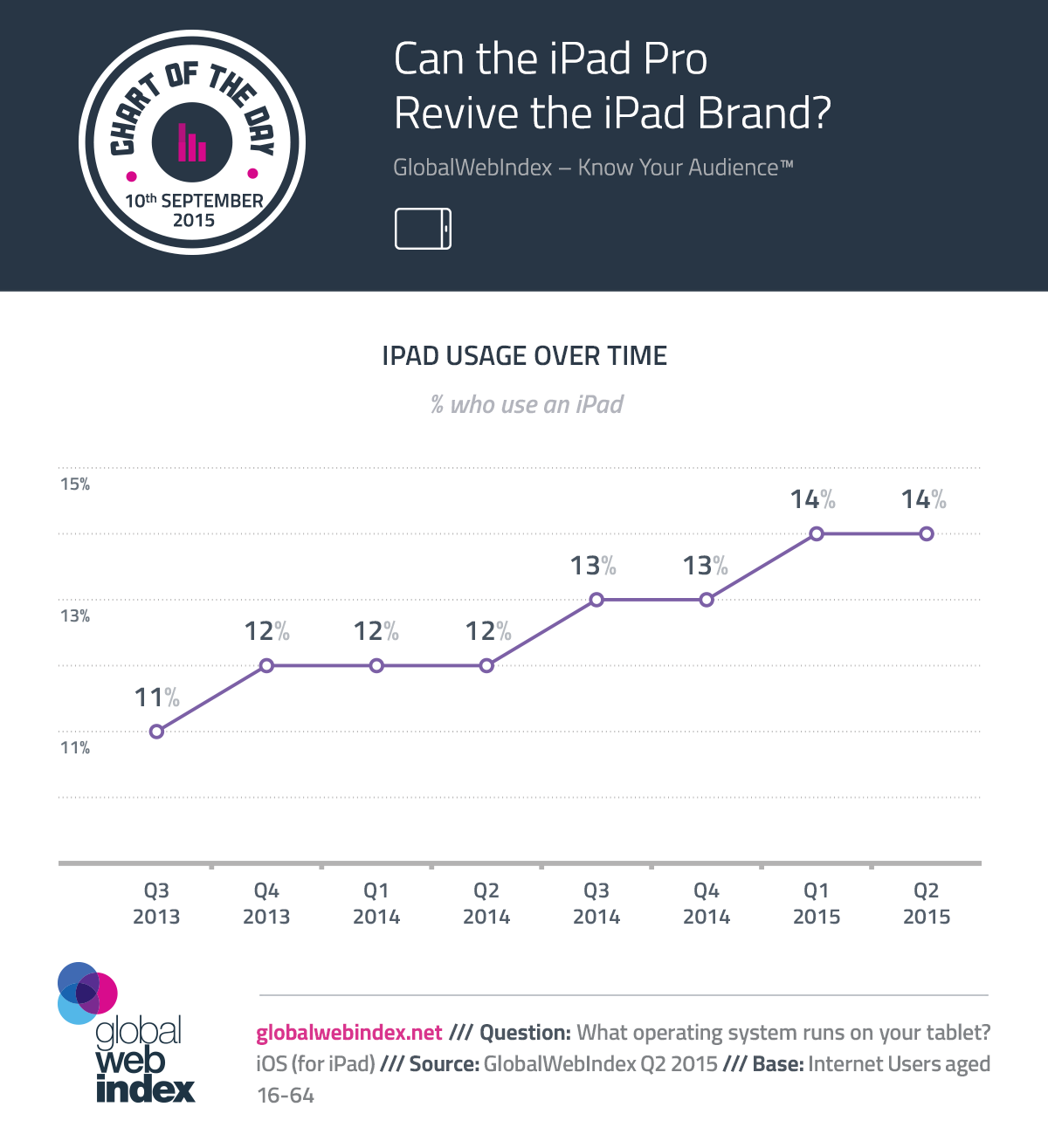