Among this smartphone-centric age group, it’s those in Latin America who are most engaged with social, spending close to 4 hours daily on these services. In fact, two of the top five markets sit within the region, with 16-24s in Brazil the most socially engaged of all.

Young consumers in LatAm are also spending the longest time online via mobile each day – where social media is most accessible, anytime and anywhere. The widespread popularity of WhatsApp in this region is a decisive factor here.

Meanwhile, the importance of social media to younger consumers in Europe and North America is confirmed, with these groups spending longer on social daily than even their counterparts in APAC. That said, more modest figures in China, India and Japan are leveling the regional figure in APAC – 16-24s in Indonesia and Philippines stand out, devoting about 4 hours to social per day. 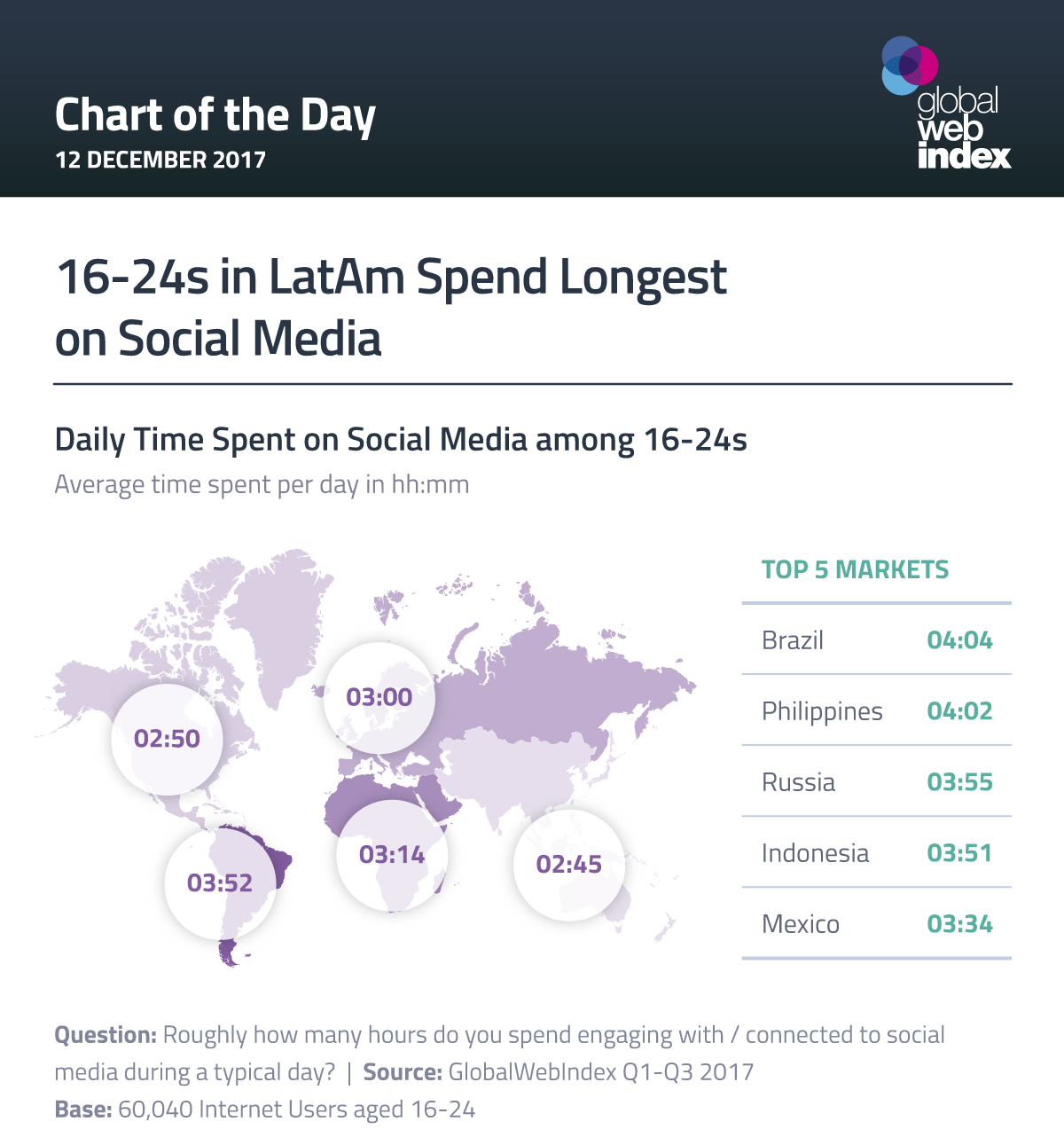 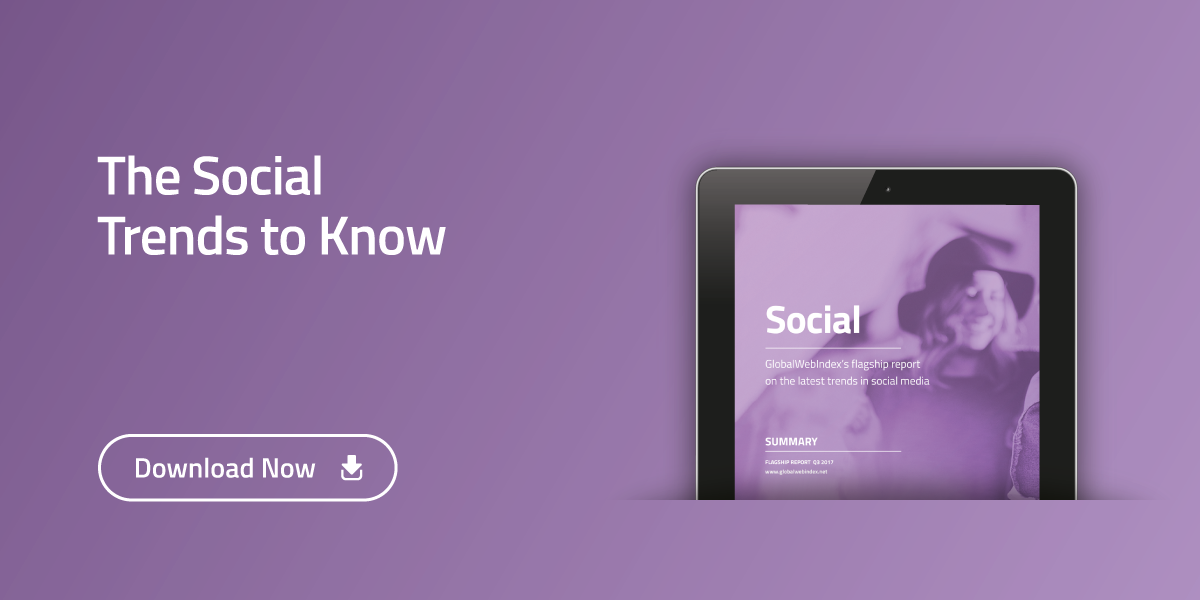