Continuing our exploration of the brand new GWI Segmentations now available on PRO Platform, today’s Chart takes a look at how much linear TV and cinema is being consumed by the Netflix audience.

Despite claims from some that the rise of Netflix and similar OTT services is bad news for more “traditional” forms of media, our data makes it clear that Netflixers are actually more likely than average to be high or heavy consumers of broadcast television and cinema.

So, rather than Netflix et al being a direct challenge to other, long-standing media genres, at the moment it’s clear that they’re actually more of a complement. Quite simply, Netflix isn’t a direct replacement for traditional television; rather, the two are being used in conjunction. 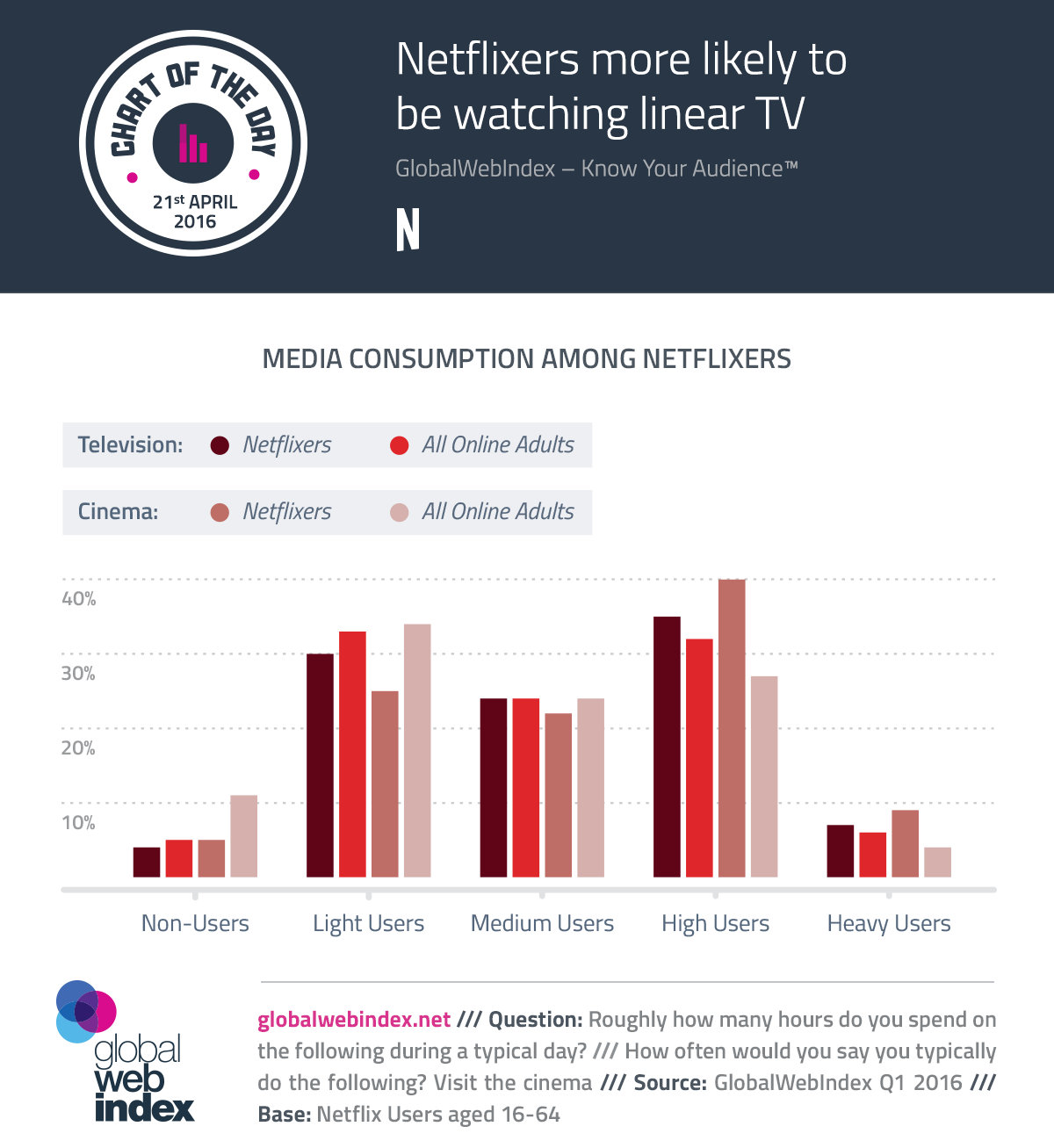