Our final blog this week draws on more data from our new Market Reports to look at the regional figures for smartphone and tablet ownership.

Globally, it’s now close to 8 in 10 internet users who personally own a smartphone and almost 1 in 2 who have a tablet. But look at these numbers from a regional perspective and some interesting differences emerge.

Perhaps most strikingly, North America is behind all other regions when it comes to smartphone ownership but, along with Europe, is at the very forefront of tablet ownership.

Demographics are key to this. With older consumers consistently outpacing 16-24s when it comes to buying and using tablets, it’s the more mature internet populations of Europe and North America who score the best figures. For smartphones, the reverse is then true – as we saw in yesterday’s chart, 16-24s are by far the biggest users of the mobile web, and hence the young, urban and affluent internet populations of APAC, LatAm and MENA take the lead here. 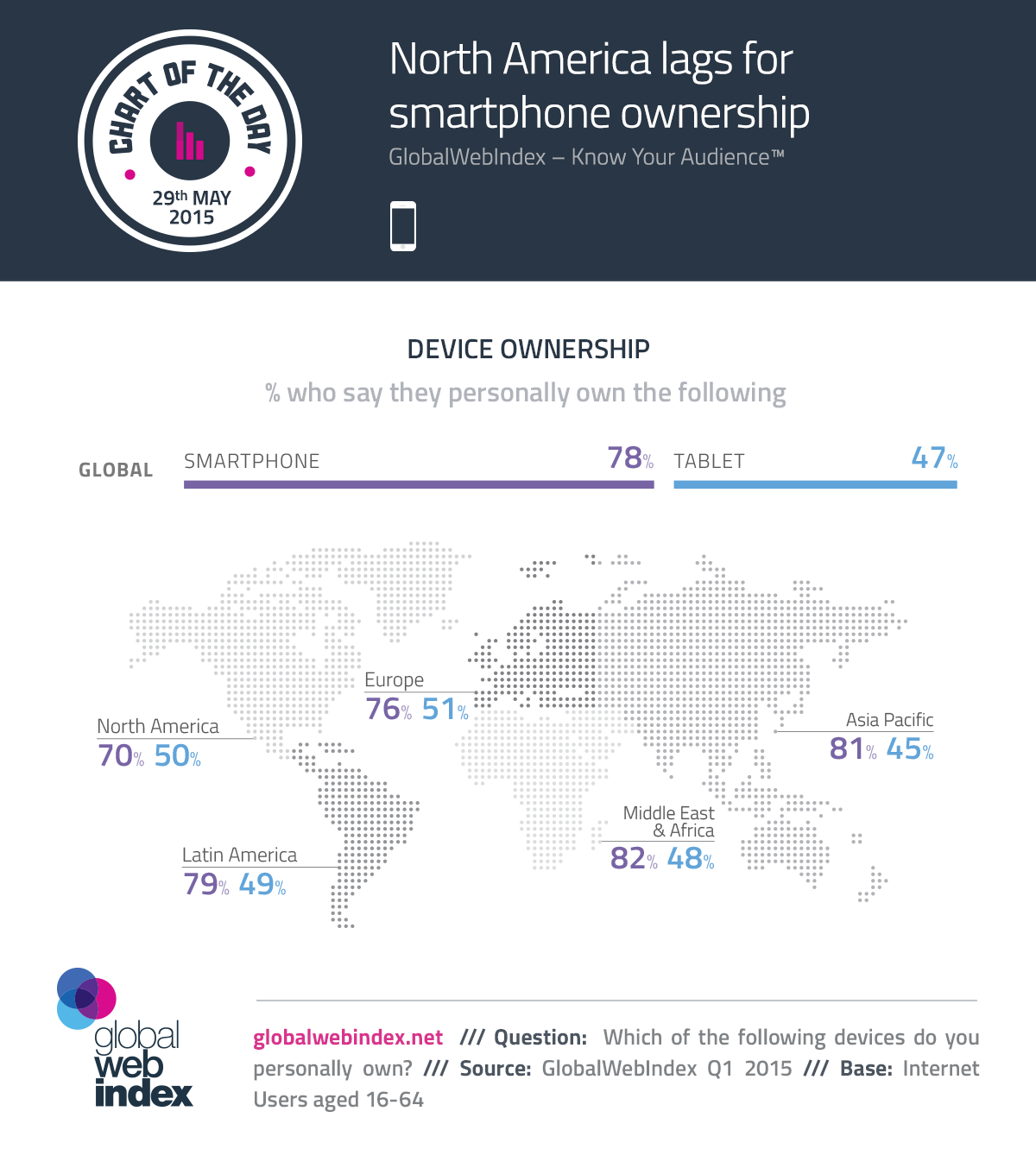