For our midweek chart, we take a look at GWI’s most recent regional figures for ad-blocking on desktops and mobiles.

Although desktop blocking is an established behavior across all parts of the world, it’s in North America where we see it peak. In stark contrast, it’s APAC which leads the way for mobile ad-blocking – with figures almost twice as high as those seen in North America or Europe.

There are a number of reasons why APAC markets are ahead for this trend, from the overload of location-based ads which are served to users in some of the region’s countries to the availability of tools such as UC Browser – a widely popular mobile web browser with in-built ad-blocking capabilities.

If similar browsers gain momentum in other parts of the world – or if more carriers decide to adopt ad-blocking as the default approach – it’s not hard to see how the rest of the regions in our chart could catch up with APAC. 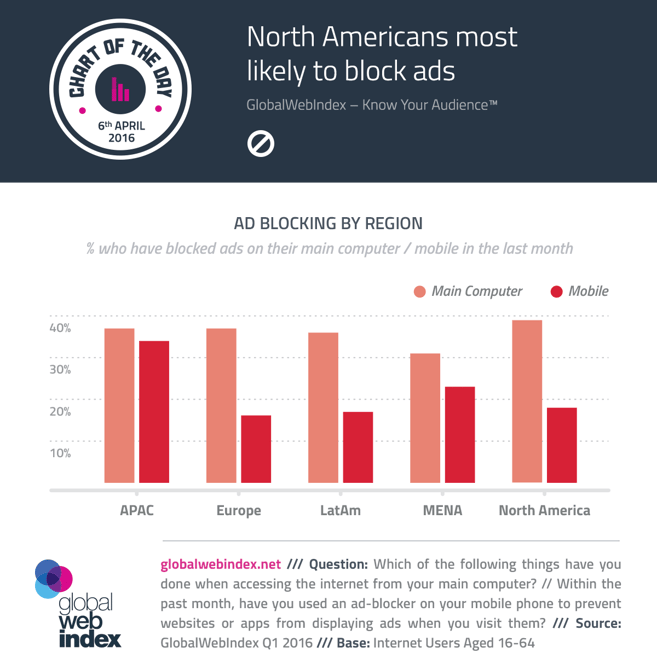