Earlier this week, Twitter emerged as the winner of the much sought-after rights to live-stream NFL games online around the world (reportedly beating out Facebook and Amazon). And as today’s Chart shows, this deal could bring serious benefits to both parties.

Already, it’s well over half of NFL fans worldwide who are visiting Twitter at least once a month. Among the young, digitally-engaged online populations of Asia, LatAm and the Middle East, this figure reaches even higher.

Clearly, this deal allows the NFL to take advantage of the global reach of Twitter to boost the league’s profile (and profits) around the world. But the benefits to Twitter are also obvious – by allowing access to all visitors, rather than just account holders, the network can hope to convert large sections of NFL fans into Twitter users and thereby boost its much-discussed active usage figures. 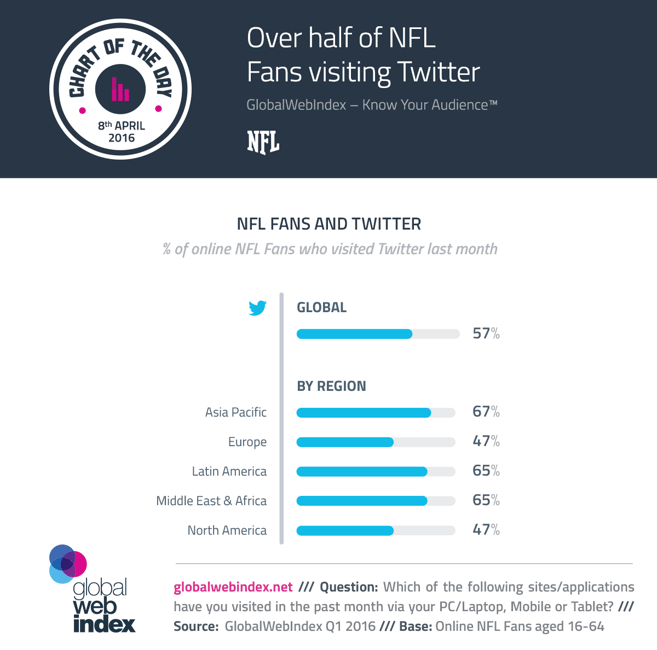