Today sees the release of our brand new audience report on Business Leaders – the most senior business people who are the decision-makers and corporate trendsetters within medium to large organizations.

In terms of age, 25-34s form the biggest group (36%), followed by 35-44s (29%). While the C-Suite audience is traditionally thought of as much older, the start-up culture which has flourished in recent years has significantly lowered the age profile of the global business elite. What’s more, our data represents a broad range of professions – with a quarter of business leaders in fact coming from the manufacturing, engineering and construction sectors – far more than the 16% from IT companies or the 14% from the financial services sector (both of which tend to dominate traditional C-Suite profiles).

In terms of device ownership, Business Leaders are consistently ahead of average. An impressive 76% own a tablet, for example, while 2 in 3 have smart televisions and more than 60% have a games console. Most significant of all are the figures for wearables: nearly 40% report having a smartwatch, while 28% have a smart wristband. In both instances, that means they are about 4x more likely than average to have one of these devices. 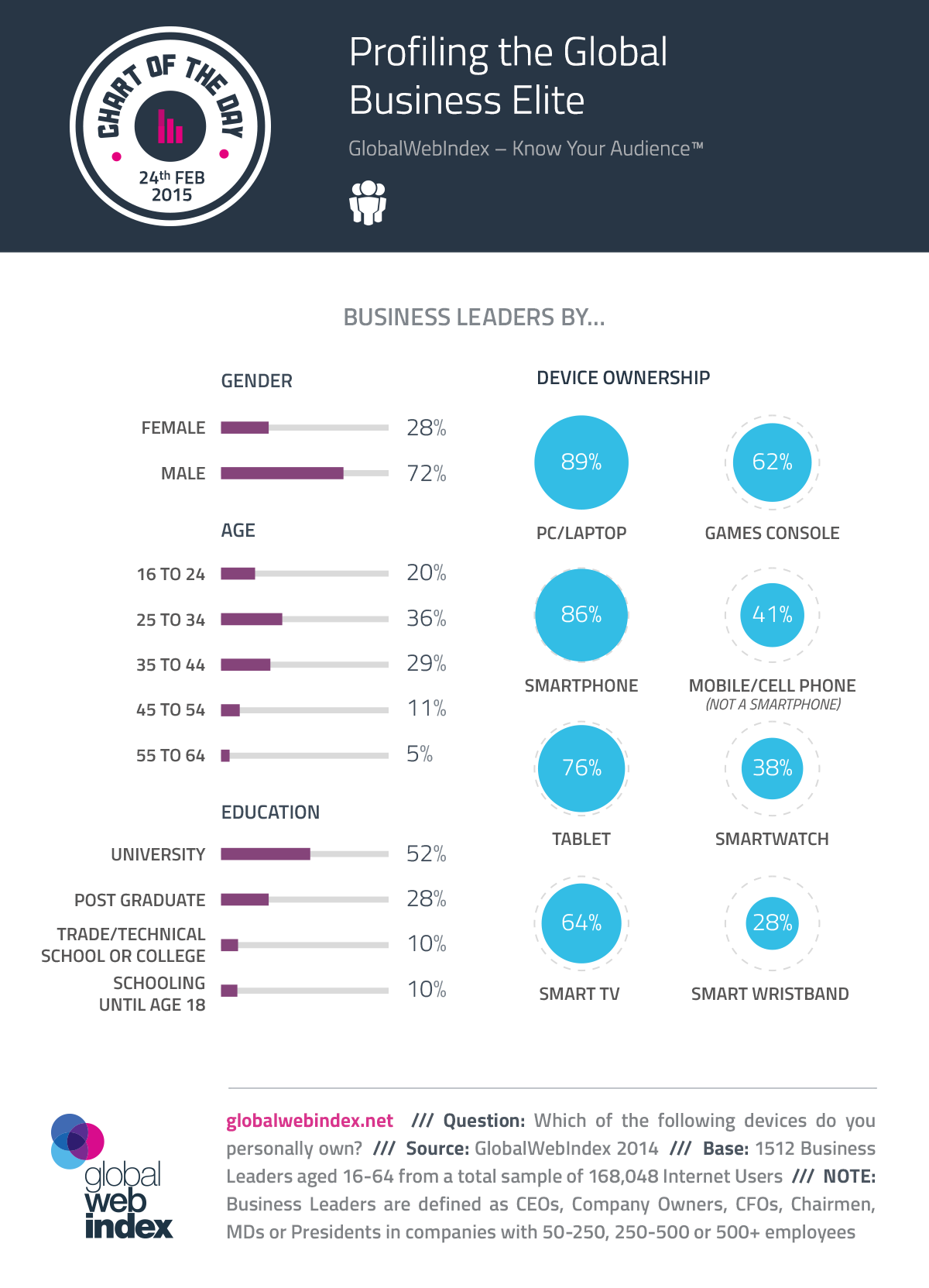