Will Netflix become the Google of online viewing?

For some time now, Netflix has been the biggest name in OTT content space. But its latest move, launching in almost every country around the world (an initiative we wrote about last year), shows the service’s desire to become the default name in the online video business.Just as Google has become a synonym for using a search engine, ‘Netflixing’ is well on the way to becoming the byword for watching TV or film online.

Already, Netflix has seen some stunning success in certain countries. In its home market of the USA, about half of online adults say they are watching Netflix. The service is posting impressive figures elsewhere, too – 4 in 10 watch in Mexico, as do close to a third in Canada and Ireland.

Of course, replicating its current success elsewhere will not be assured for Netflix. Even though it will be dubbing content, local OTT services will provide a significant challenge by offering culturally relevant shows in native languages. Even so, our long-term data shows strong rises in the amount of online TV being watched each day, especially among young demographics. Netflix is intent on capitalizing on this trend and, in this mission, Netflix’s global expansion now leaves Amazon Video, which is available in only a handful of countries, trailing somewhat behind. 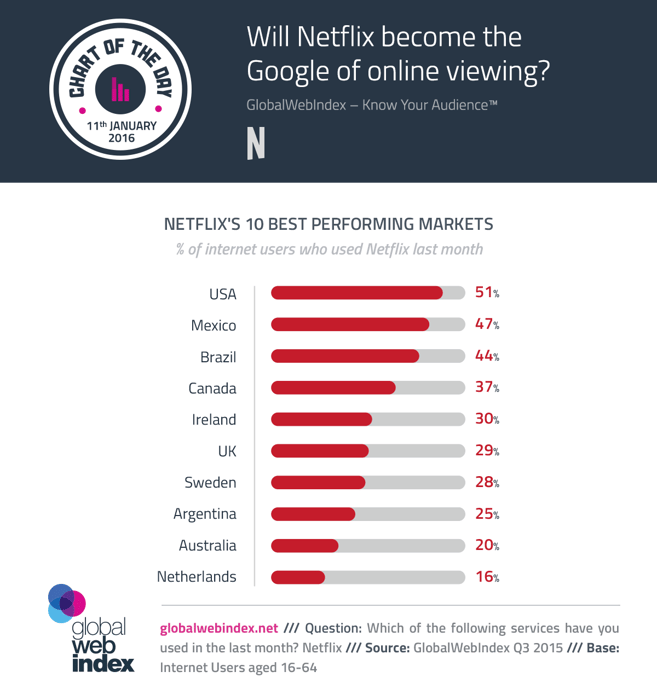